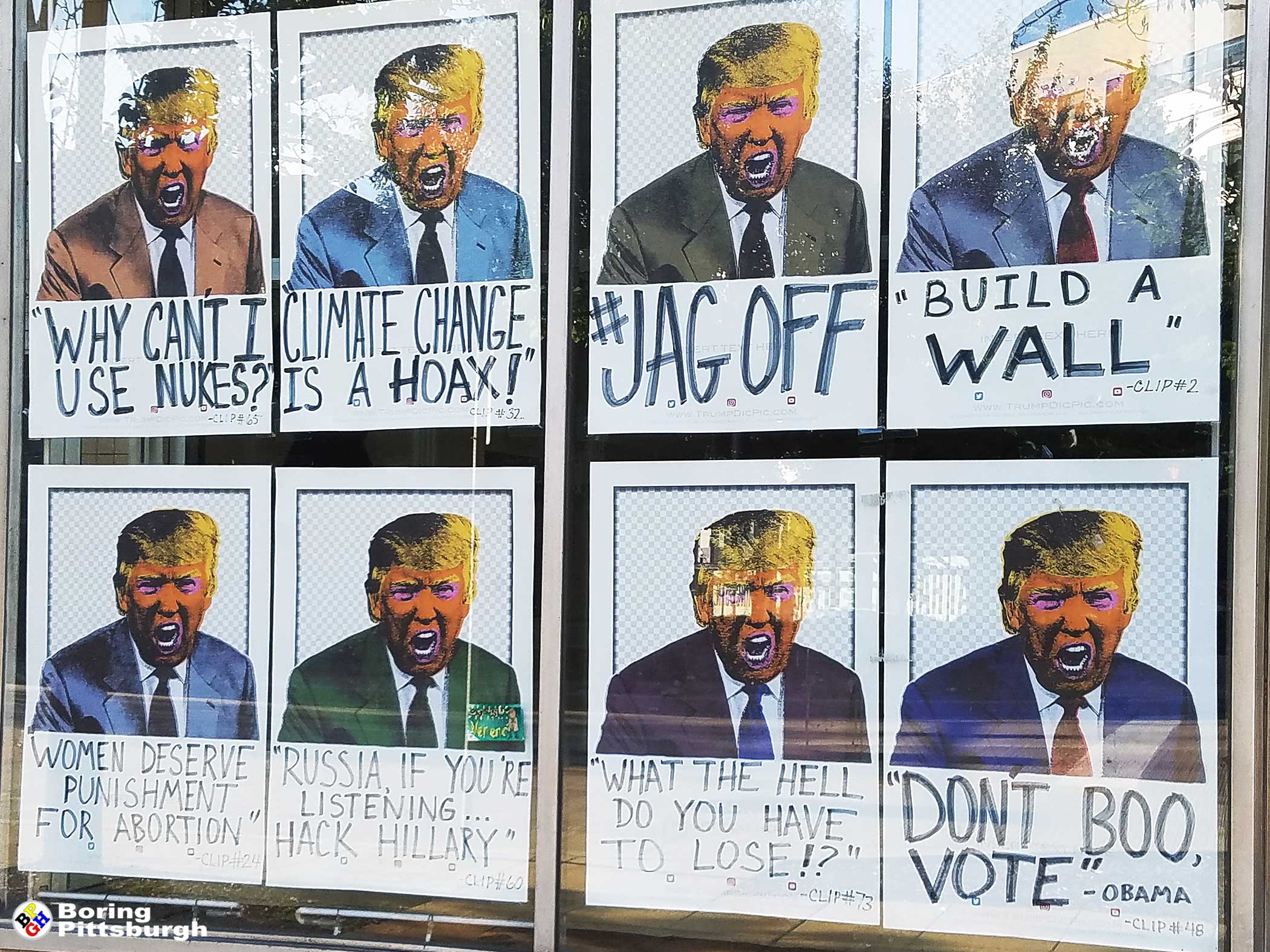 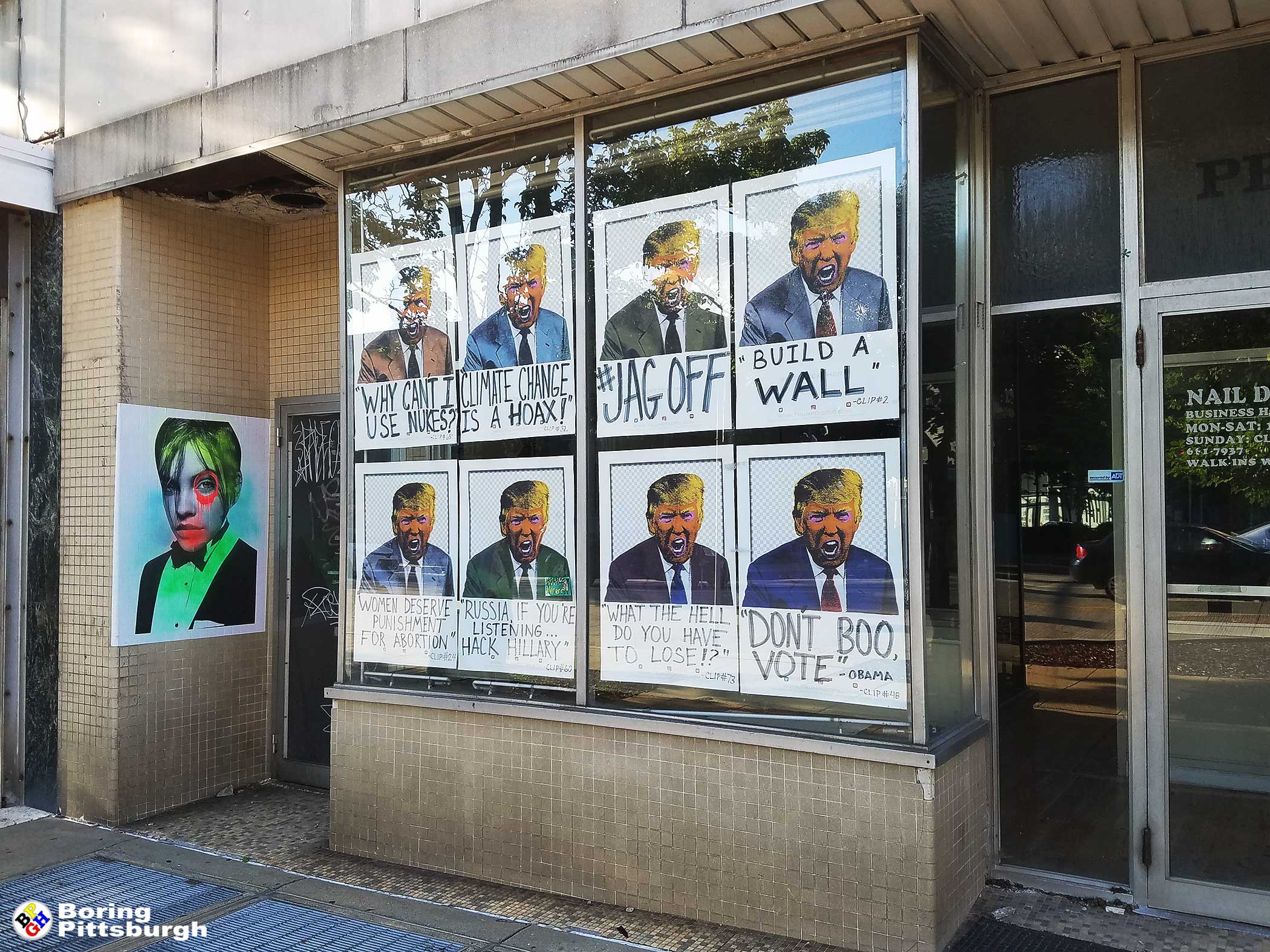 These posters once plastered the windows of a nail salon on Penn Avenue in East Liberty.

Street art like this was part of a movement known as Trump Dic Pic. These political posters portray a yelling Trump with an orange-tone face and yellow hair. The bottom of the posters have an empty white space like a Polaroid picture, with instructions to Insert Text Here. It’s a fill-in-the-blank DIY poster where you write your (least) favorite quotes or Trumpisms. For example:

Grassroots campaign of print and social media to literally put the writing on the wall that Trump is neither fit nor qualified to hold the office of POTUS.

The project was started in the Burgh and made its way up to New York City. The posters carry a copyright notice crediting a company called Delta Double Backlash, LLC. This is a Pittsburgh organization that posted on Instagram as recently as May 2018. We’re not sure if the storefront or building has any connection to the campaign.

As you can imagine, these posters are no longer in the windows of the old East Lib nail salon. After all, gentrification has brought many changes to the businesses on that section of Penn Ave. Now you can shop at Warby Parker and Bonobos across the street!