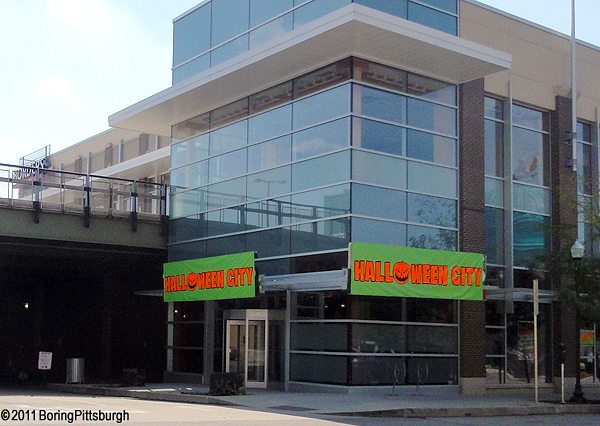 Lower half of Borders Eastside turned into a temporary Halloween store. Boring.

When holiday stores start filling up vacant commercial space in areas like East Liberty and South Side, that’s when you start to realize the roles of suburb and city are being reversed. For example, Halloween stores, which were once restricted to towns like Monroeville and Ross Park, are now occupying two former big box bookstores inside the city limits. East Side Borders and the South Side Joseph-Beth are the new homes of witch gear, scream masks, and a handful of temporary jobs.

These transient niche stores specialize in overpriced, single-serving costumes that take up valuable room in landfills after about 2.5 hours of use. But, the best Halloween costumes come from a mixture of creativity and some recycled old clothes from Goodwill – or Frederick’s of Hollywood, since Halloween is the one night a year when… yeah, you saw Mean Girls, right? 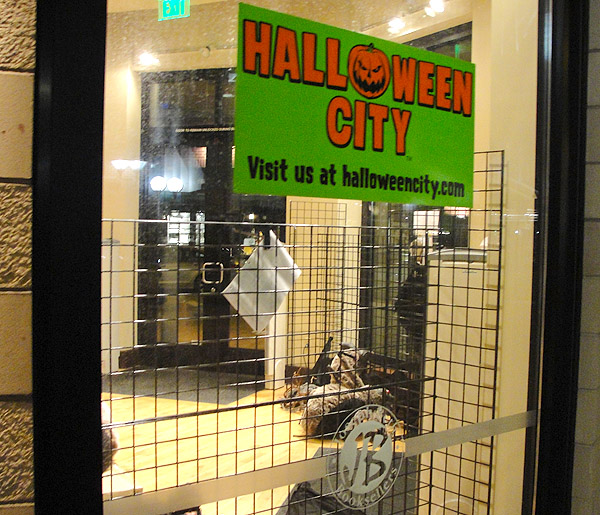 No more new buildings until the old ones are full again!