The Microscopic Opera Company is Here 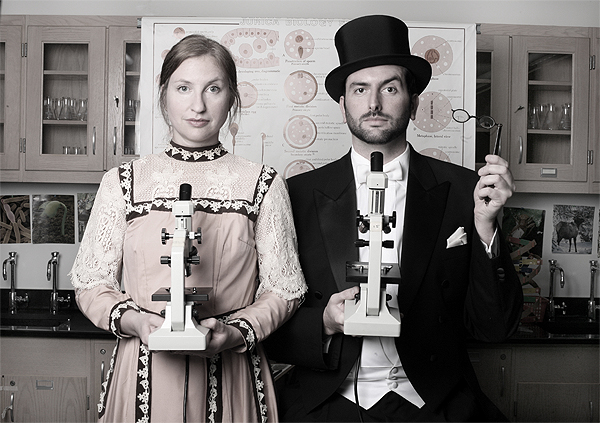 Pittsburgh’s musical community is unique in its nature.  Directors and musicians are more apt to share ideas about their creative process and give feedback about what they think of singers, music and the art forms they espouse than those in larger, more disparate cities.  As a professional musician, Andres Cladera exhibits just such a quality and illuminates the fact that the arts community here in Pittsburgh is a highly concentrated, close-knit group of talented amateurs and professionals interested in honing their craft.

“Opera is about building communities,” Cladera says as he goes on to name those who are helping to get The Microscopic Opera Company on its feet.  “A lot of people are willing to help us out as we are in our development stage.”  As well as Goldsmith, the list includes a lighting and costume designer (both from the Pittsburgh area), help with marketing and poster design by Lawrenceville’s Informatics Studio and most importantly a devoted audience.

“It was a purpose, our focus, that we wanted to bring opera to a younger community here in Pittsburgh,” Cladera explains.  “I think what is attracting younger audiences to our performances is that we are hiring younger performers and giving them the opportunity to perform roles. And we have great singers here in Pittsburgh who like to be involved.”   Is this the only aspect that sets The Microscopic Opera Company apart from other contenders like the Opera Theatre of Pittsburgh or the Pittsburgh Opera? To Cladera its all in the nomenclature.

“We wanted to find a non-traditional name…we really wanted to have opera up close; people being able to sit right next to the singers, to see them breathe.”   Cladera and Olden hope to offer this sort of intimacy with two upcoming productions: Jonathan Kupper’s The Monkey’s Paw and Katarzyna Brochocka’s Happy Garden Of Life.  Both of these one-act operas were recent finalists for the Opera Vista Festival in Houston, Texas.  As well as interesting repertoire The Microscopic Opera Company also chooses non-conventional spaces in which to perform. However Cladera isn’t sharing the name of their newest space just yet.  All he will say is that they search out Pittsburgh’s developing neighborhoods for spaces they hope will bring an audience to places they wouldn’t traditionally see a show.  This Fall’s productions will be performed somewhere in East Liberty where he says :

You are not going to a traditional place to where everybody knows where it is.  You are going to a place where you have to discover where it is…you are entering into this world and you see a performance, and you’re really interested in getting to know the people that you’re seeing.

With so much attention to detail and commitment to their audience its not surprising what drives Cladera crazy when he’s watching operas in other venues…”carelessness”.

And it is clear that careless is something both Cladera and Olden are not.  Each opera is selected especially to fit the spaces in which they perform and the singers are chosen for their “ability to connect with a text and deliver a message.”  There are also extensive discussions with the opera’s composer regarding every detail from acoustics to orchestration.  Such dedication to invigorating their art form certainly set Olden and Cladera apart, but the latter dismisses such praise by making clear his personal philosophy: “I am always up for a challenge.  I am a student at heart.  So I will always work toward bettering myself and what I do.”

Performances of The Monkey’s Paw and Happy Garden Of Life will be September 10-12, 17-19th.  Learn more about The Microscopic Opera Company.

Daniel Teadt is a guest contributor to Boring Pittsburgh as well as a frequent performer with Pittsburgh Opera and the Opera Theater of Pittsburgh.  He also maintains a private voice studio Downtown… hire him!