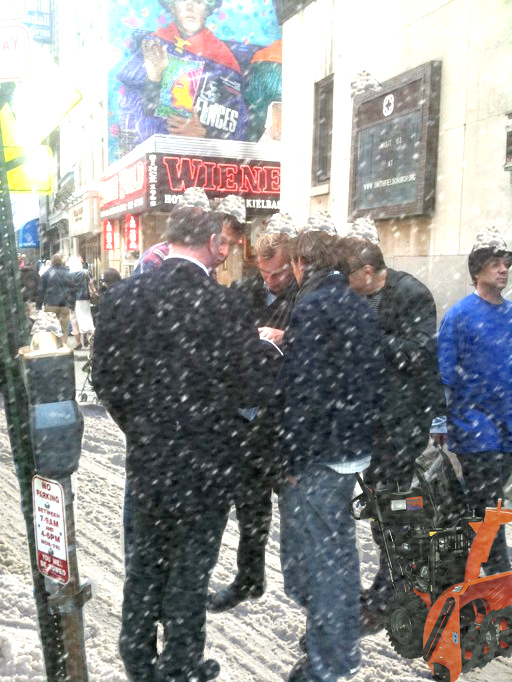 Since others are passing around a pic on Twitter of Christopher Nolan in Pittsburgh and claiming it was taken today, so we thought we should help them out and at least add some snow to make it more believable.

Nolan and crew weren’t discussing a list of potential filming locations for Batman, they were trying to figure out how to work the snowblower since the damn instructions were in Spanish!

The same pic was shared on our site by Thomas on 2/19/11 – sans snow. Today is 2/22/11 and it’s been blizzarding out there all day! While you’re checking out the original picture, read more about the freeze on the PA Film Production Tax Credit if you haven’t already + our initial report about Dark Night filming in the Burgh. Yinz heard it here first! 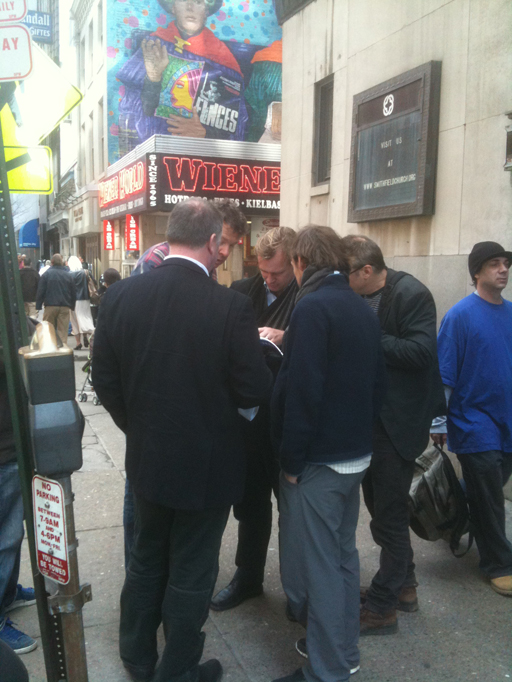 The original photo of Christoper Nolan and friends in Downtown Pittsburgh