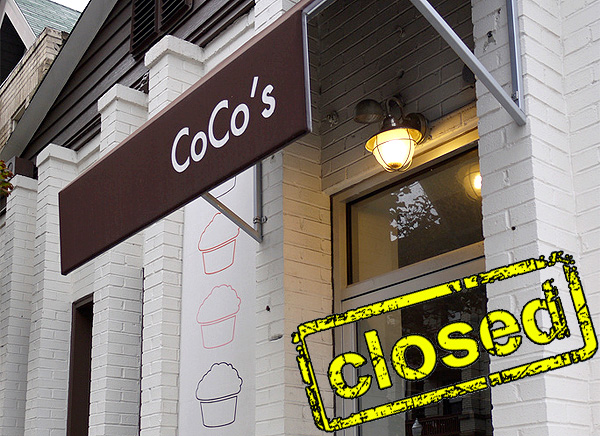 CoCo's Cupcake Cafe in Shadyside is Closed (flickred by Rrrrred)

A long time ago, the loyal subscribers of Boring Pittsburgh decided that they preferred other cupcakes over the ones baked at CoCo’s. Not only did Dozen beat CoCo’s, but we were shocked when a bakery that wasn’t listed on the poll (Vanilla Pastry Studio) also beat them.

Our readers predicted the fate of CoCo’s Cupcake Cafe. The place closed their doors for good on June 27th.

It’s sad to see a local business go under. CoCo’s was around for 3 years. Sure, the place had a strange vibe – and it’s never a good sign to see the employees chilling on their laptops instead of working – but we’re going to miss the tasty red velvet and vegan cupcakes.

No idea why they closed, but on a recent trip to verify (we had to make sure it wasn’t a Dozen fan spreading a false rumor), the hours of operation sign was still in place on the door – and they didn’t bother to leave a note for unknowing customers. The website was shut down, too. Their last tweet on twitter (June 26th) was inviting people to try blueberry pancake, cinnamon bun, chocolate peanut butter, or vegan cookies-n-cream cupcakes.

The only place we could find a goodbye message was on Facebook:

CoCo’s Says Farewell and Thank you! CoCo’s will be closing on June 27, 2010 after proudly serving cupcakes to our community for more than three years. It has been a privilege to be a part of countless weddings, birthday parties, anniversaries, showers, and celebrations and we have welcomed the opportunity to work …with numerous charities to support important causes all over town.

The rent was probably overpriced for the lack of business on Ellsworth. There are countless commercial spaces for rent there, and the building CoCo’s was in creates one more vacancy. 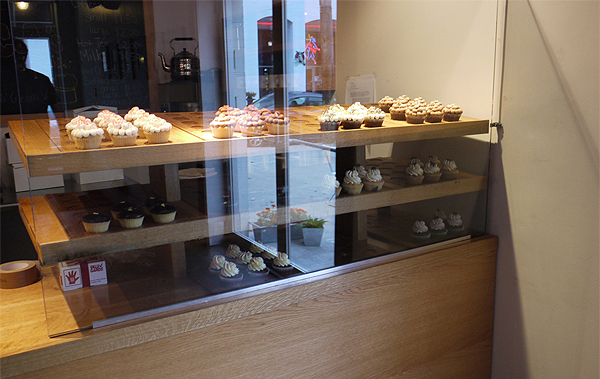 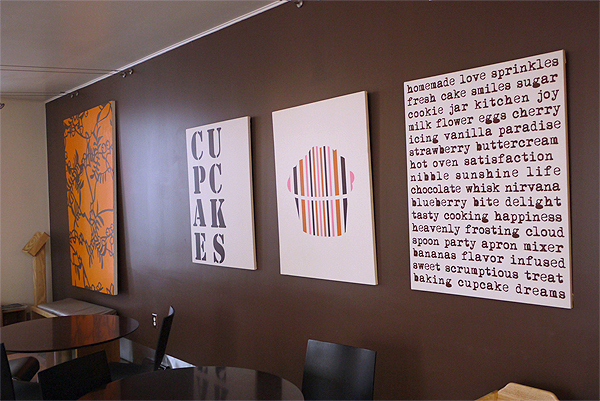 Are you going to miss CoCo’s? Or, are you happy about the new Dozen location in Oakland?