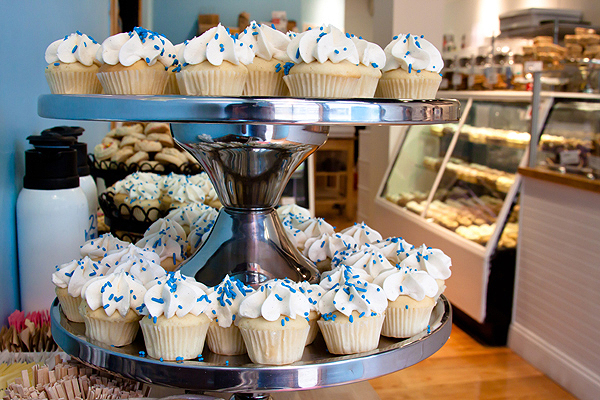 If the long lines snaking along Craig Street and Forbes Avenue this week are any indication, Oakland is ready for a regular cupcake fix.  After giving away free cupcakes all week (and turning Craig Street into Baskin Robbins on 39-cent scoop night), the newest location of Dozen Cupcakes officially opened for business at 11:00 today.  Trombone music and free cupcakes—party in Oakland!

Dozen’s owner James Gray (Andrew Twigg is the other one) is obviously psyched about his new location, which was last home to a beauty shop.  He says he’d been hoping to move into Craig Street for a while, and then one day he was making a delivery to Squirrel Hill and was thrilled to finally see a for-rent sign.  A couple days later, the 500-square foot space was his.

The new location is a bright, cozy space with hardwood floors and a beautiful stained glass window over the doorway.  My favorite decorating touch was the glass jar of jimmies adorning a shelf with bags of granola for sale.  And (for now) the big tray of free chocolate chip cookies was certainly a nice touch!

With Dozen’s entry into the neighborhood, the many folks who work and study around Craig Street have a new option for breakfast, from quiches to muffins to Dozen’s most notoriously sinful treat, cinnamon rolls topped with truckloads of cream cheese.  Sandwiches and mac and cheese made at Dozen HQ in Lawrenceville offer a new takeout option at lunch.

But of course, the main attraction is the cupcakes, and Dozen’s staff were giving miniature versions away by the handful even several hours before the store officially opened this morning.  After a long day of giveaways yesterday, the staff spent last night making 500 cupcakes in anticipation of large crowds today.  No one who passed by was immune: there’s a chocolate peanut butter cupcake a few feet from me that, I’ll be honest, will probably be gone by the time I finish the next sentence.

You can thrill your friends and co-workers by picking up a box of cupcakes at Dozen at 417 S. Craig Street in Oakland every Monday through Saturday. 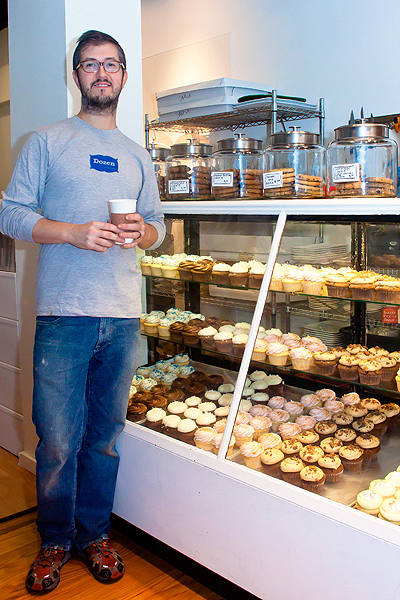 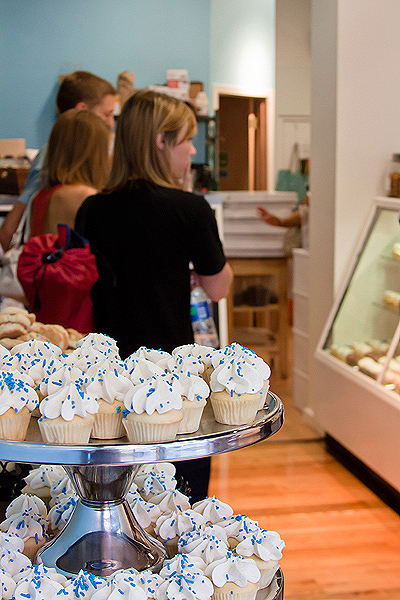 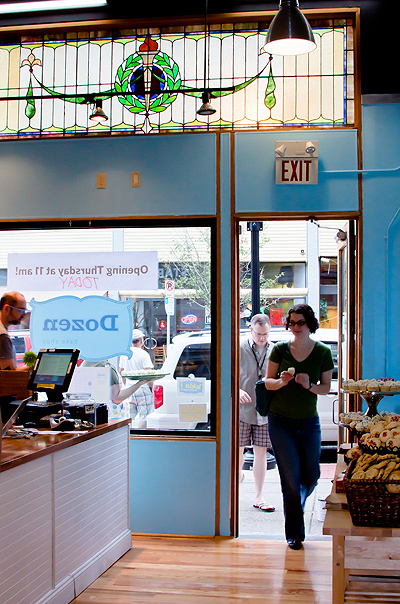 Come and get 'em Okaland! 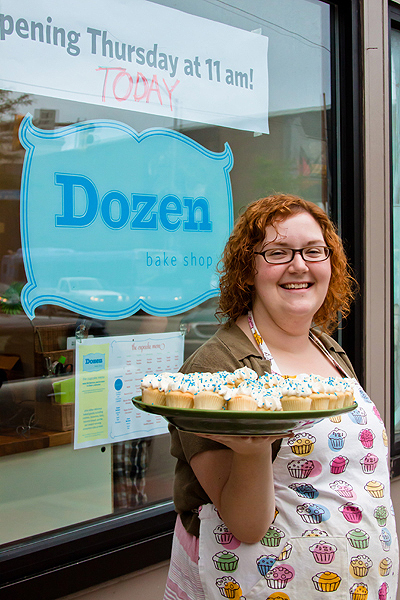 Free cupcakes for all! Even drivers waiting at the red light. 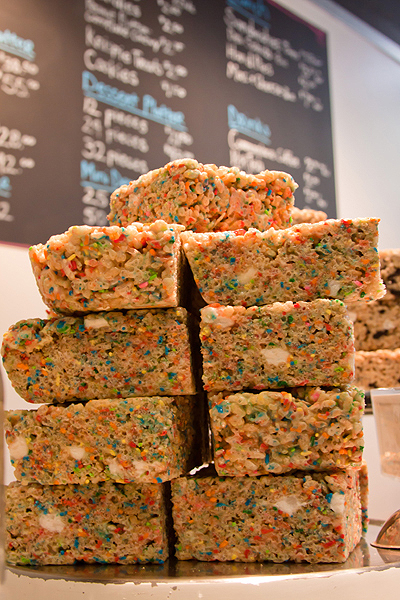 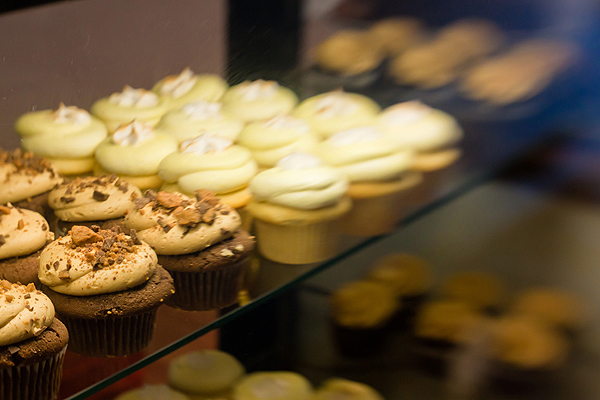 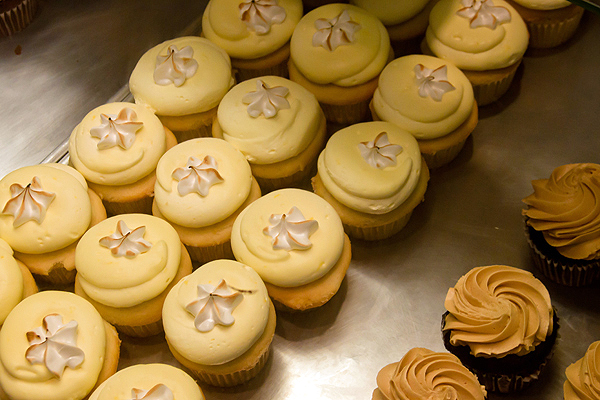 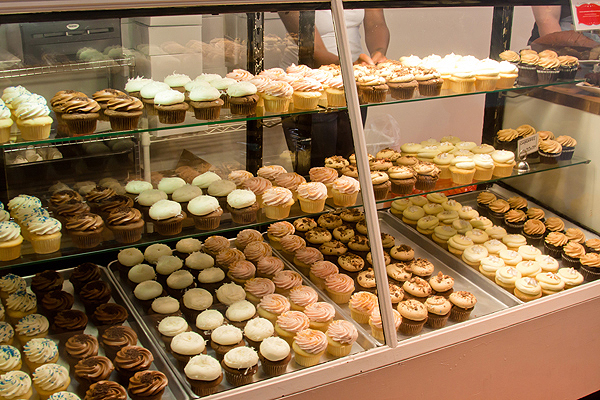 What are their hours?
Monday – Thursday: 8am – 8pm
Friday 8am – 9pm
Saturday 9am – 9pm
Closed Sundays (like everything else in Pittsburgh)

Who else thinks they should stay open 24/7 during finals?