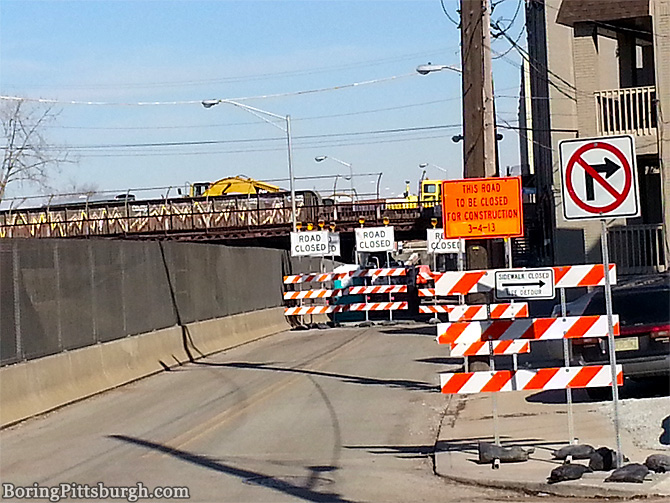 The South Highland Avenue bridge was closed on March 4th for repair. Every aspect of the overpass is now inaccessible, even the stairs going up to S. Highland Ave. from Ellsworth. If everything goes as planned, the $3.5 million renovation is supposed to last until November 2013.

It is true that the bridge is in need of an update, but at the same time hard to believe there isn’t a better solution than shutting it down entirely. It’s a crucial connector between Shadyside and East Liberty, as well as Ellsworth and South Highland. Crossing Centre Ave at any point is already bad enough, and the detours caused by this construction project are causing a traffic nightmare.

This is already starting to pose a major challenge to the businesses located before and after the bridge. Please remember these shops and restaurants during this the next 6 or 7 months, and try to make a point to support them despite the inconvenience. 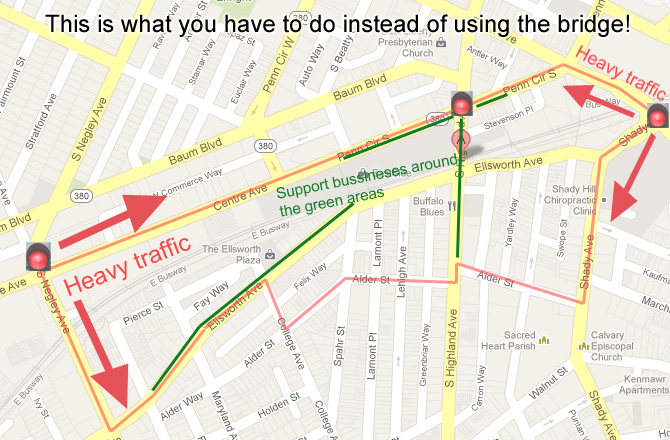