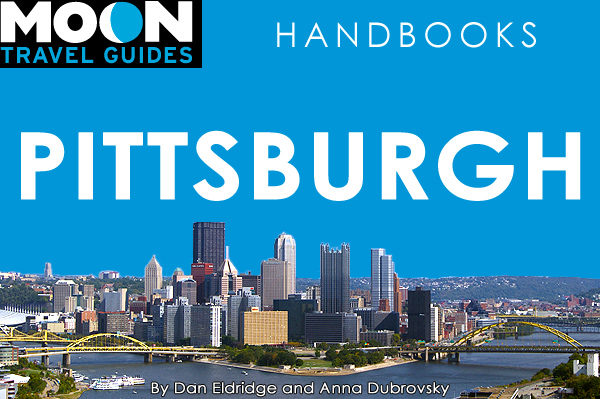 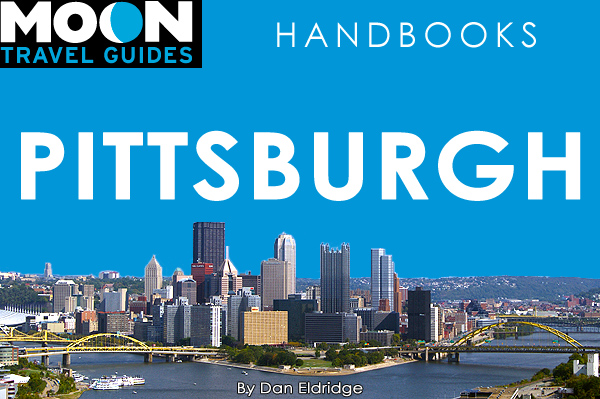 The thing about city guides like Moon Pittsburgh is that when the city changes, the guide has to change with it. About five years have gone by since Dan Eldridge compiled the first book. An update is well overdue.

Five years is a long time for an evolving city. There were far more bookshelves in the Burgh to display the first edition. Now, you’ll probably have to order it on Amazon. But as some of our bookstores closed, new stuff opened too. For example, in September of 2010, exactly 2 months before Joseph-Beth Booksellers closed in South Side, Salt of the Earth opened its doors on Penn Avenue after walking readers through their start-up experience with one of the most creative restaurant blogs Pittsburgh has ever seen.

The city is taking great strides toward renewal and revitalization, and events are shaping the future while pushing the Burgh in a new direction. Just take a moment to reflect on how much has happened here over the past few years: Google set up shop, the old Nabisco plant was turned into a shopping district, East Liberty was renamed, the Mellon Arena was shut down, the Consol Energy Center was built, the Steelers won two Super Bowls, the Pens won a Stanley Cup, Hollywood staged explosions and prison escapes, the G20 riots, snowmageddon, tornadoes, even an earthquake.

The proof is in the rankings

Don’t believe us about the headway the City of Champions has made? In just a few years, Pittsburgh has gone from the worst city for singles, to being ranked as the most livable and best city to relocate to. Unfortunately, our fashion sense has yet to catch up and we’re considered the third worst dressed.

Meet and greet this weekend

Dan Eldridge wrote both editions of Moon Pittsburgh. There is also a Moon Pennsylvania guide that was recently produced by local journalist Anna Dubrovsky. She was interviewed about it by the City Paper earlier this month.

Together, Dan and Anna will be hosting  a show at the Waffle Shop this Saturday at 11pm. The topic will explore the various ways the city’s cultural scene has changed since the first edition was released. Don’t miss this opportunity to do something after 10pm other than bar hopping (you can get wasted after the show if you want – the Shadow Lounge is next door and will be playing Kanye West until 2am).

Joining the writers will be group of Pittsburgh savvy guests including:

Eldridge will also be making a special appearance on Pittsburgh Today Live, this Friday, September 2nd at 9:00am. If you can’t tune in, you might be able to catch a replay.

When is the show?

Come off it, ya jagoff, I was born in Pixburgh

So you think you already know everything about the Steel City? Then buy the book to test yourself, hotshot. Are you a student stranded here during winter break? This book is perfect for you. Visiting the Burgh for a weekend next month? Order your book today so you have it in time for your trip. There’s no getting around it, the Moon Pittsburgh guide is perfect for anyone with any kind of relationship or proximity to the Burgh – even born and raised yinzers.

Special thank you to Dan for mentioning Boring Pittsburgh in the blogs section of the latest edition.

If you missed the live show at the Waffle Show, you can watch the recorded video here.