Get Brett Keisel’s Playoff Beard on YOUR Face 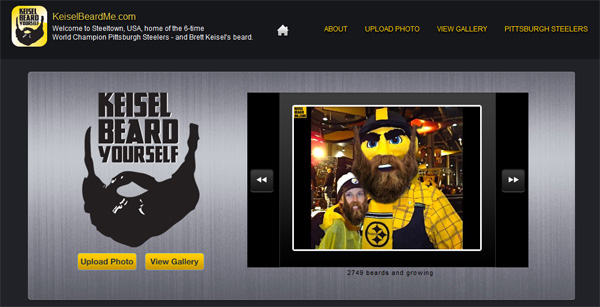 Keisel beard yourself at KeiselBeardMe.com

Do you look at Brett Keisel’s playoff beard with envy? A new site was recently created to give you what you’ve always wanted. Upload a pic of yourself and the site will fix you up with a Diesel Brett Keisel playoff beard of your own. The best part is that you don’t have to wait 6 months for it to grow!

David, Nick, and John are the men behind the beards at KeiselBeardMe.com. Two out of three are software developers, while Nick is a graphic designer. They all reside and work in the Burgh. Probably even more fascinating than the site they produced, is the story behind it.

Seven. Not only the amount of Super Bowl rings the Steelers are about to acquire, but also the approximate number of days it took the guys–start to finish–to release KeiselBeardMe to the public. Nick had the idea. From that spark, the team immediately began developing the site on the side of their day-jobs.

Launching a project like this on spare time in less than a week is impressive, but even more impressive is pulling it off in Pittsburgh. Let’s face it, this is no Silicon Valley. Facebook was not created here. Twitter was not coded here. Not even HotOrNot.com was thunk up here. We have talented technologists who are quite capable of these endeavors, but unfortunately they eventually tend to escape to the sunnier places. Maybe Pittsburgh is better at sports than start-ups, but look at the bright side, these dudes made it happen in under a week. So it is possible…

The beard guys must have felt pretty excited as they made the official Twitter announcements around lunchtime on 1/23/11:

BigDaveSmith – Well, we just launched KeiselBeardMe.com. Even if you’re not a Steelers fan, stop by and Beard Yourself! (12:39 PM Jan 23rd) 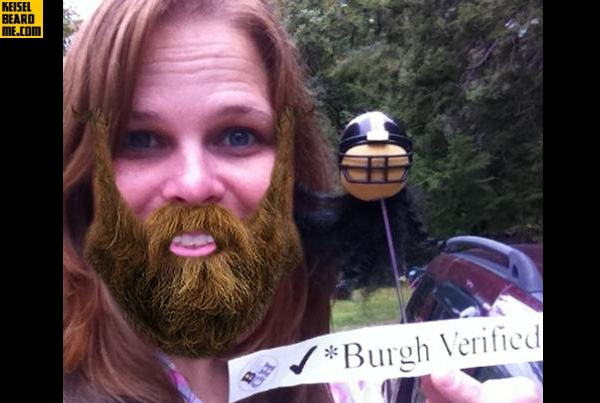 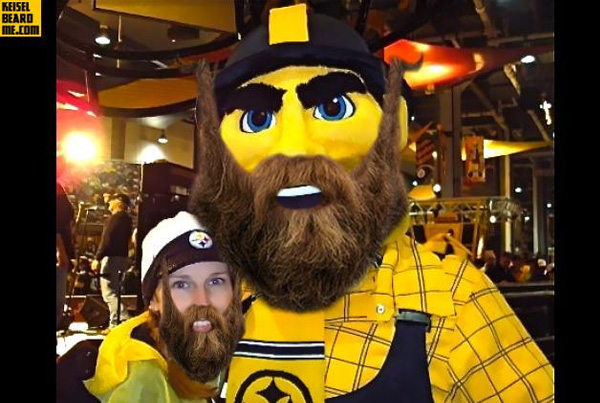 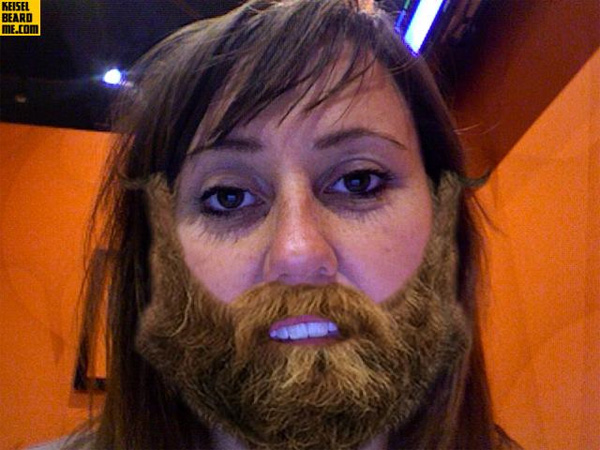 Considered “One of the best sports beards in history,” Brett Keisel‘s facial hair gained fame during the end of the 2010-2011 NFL season. Many NFL players grow “playoff beards” to bring them good luck, but Keisel’s has a significant following. His beard has its own Facebook page and Twitter account (#BurghVerified) and has been mentioned repeatedly in the media during the Steelers’ playoff run. In an interview on Steelers.com, he decided to grow out his beard after having a discussion about the lack of characters in the NFL. Keisel refers to his beard as a “beautiful thing” and has encouraged other Steelers to grow beards as well. –Wikipedia